The foresight study is part of the French national priority research programme (PPR) Growing and protecting crops differently (CPA) led by INRAE and launched at the request of the French Government (Ministries of Research, Agriculture, Environment). It is also linked to the European Alliance "Towards Chemical Pesticide free Agriculture“. Its objective is to develop scenarios of chemical pesticide-free agriculture in the European union in 2050, answering two questions:

The foresight study is carried out by the Directorate for expertise, foresight and advanced studies of INRAE (DEPE). The project team brings together knowledge and experience in foresight, modelling, Agronomy and Economics and is composed of:

Olivier Mora (INRAE DEPE)
Olivier is a foresight specialist with a background in Agronomy (Ing.) and Sociology. He is a research engineer (IR1) at the Directorate for expertise, foresight and advanced studies (DEPE) of INRAE, located in Paris. He has coordinated foresight studies at regional, national and global scales, about rural areas, agricultural biomass, regional forest in the face of climate change, and the study Agrimonde-Terra on global land use and food security in 2050 (with C. Le Mouël and M. de Lattre-Gasquet, 2012-2017). He is co-manager of the working group on foresight of the French national alliance for research on the environment (AllEnvi), and is a member of several foresight communities such as Foresight4Food, Forward Thinking Platform, Prosper. He has conducted thematic schools on foresight approaches, about scenario approaches, the link between qualitative foresight and quantitative simulation, and foresight and interdisciplinarity. Olivier is the coordinator of the project team and as such, he is in charge of the overall coordination of the foresight exercise.

Chantal Le Mouël (INRAE SMART-LERECO and DEPE)
Chantal has a background in Economics (PhD). She is a senior researcher at INRAE, working in both the SMART-LERECO research unit, located in Rennes, and the DEPE Directorate, located in Paris. Chantal worked at the Commissariat Général du Plan (1995-97) and as an administrator at OECD, directorate of Agriculture (2000-2001). Her main topics are agricultural trade and WTO negotiations, farmers’ production decisions and the CAP and, more recently, land use and food security. Chantal’s main approach is market and trade modelling. She coordinated the Agrimonde-Terra foresight, funded by INRAE and CIRAD (with M. de Lattre-Gasquet and O. Mora, 2012-2017), during which she contributed to the development of the GlobAgri tool. In this project team, Chantal is in charge of the quantitative part of the foresight exercise: GlobAgri development and scenarios’ simulations.

Jean-Louis Drouet (INRAE ECOSYS and DEPE)
Jean-Louis has a background in Agronomy and Bioclimatology (PhD). He is a senior researcher at INRAE, working in both the ECOSYS research unit, located in Grignon, and the DEPE directorate, located in Paris. Jean-Louis first worked in remote sensing applied to the Landes forest, then the Sahel for early warning. He then focused his research for ten years on the functioning of plants and annual crops in relation to their biophysical environment. For the past fifteen years he has been carrying out research on nitrogen flows in landscapes and territories, their modelling and their impact on the environment, in particular within the framework of several European and national projects (including the coordination of the ANR Escapade project, 2013-2017). Since 2018, he has been co-chairman of the scientific and technical committee for the management of nutrients and emissions towards the environment set up by both the Ministry of Agriculture and the Ministry of Environment. Jean-Louis joined the DEPE in 2020 and this foresight is his first experience. In this project team, Jean-Louis is in charge of the agronomic aspects of the foresight exercise.

Jeanne-Alix Berne (INRAE DEPE)
Jeanne-Alix has a background in Agronomy (Ing.). She is a temporary staff at INRAE, recruited on the foresight budget, and working in the DEPE directorate, located in Paris. In this project team, Jeanne-Alix does the groundwork, including literature reviews, for the retrospective analysis and forward looking hypotheses of a set of components of the foresight’s system (for example “Reducing pest pressure” as part of the cropping systems component). Jeanne-Alix is also in charge of the relationship between the project team and the expert committee.

Victor Kieffer (INRAE SMART-LERECO)
Victor has a background in Agronomy (Ing.). He is a temporary staff at INRAE, recruited on the budget of the foresight, and working in the SMART-LERECO research unit, located in Rennes. Before joining INRAE, Victor was working at the Chambre Régionale d’Agriculture du Grand Est, where he was in charge of monitoring organic agriculture’s performance and development within the region. He also worked for a farmers’ union, and at FranceAgriMer (a public body under the authority of the Ministry of Agriculture) where he got some experience with agricultural statistics. In this project team, Victor contributes to the quantitative part of the foresight exercise. He is in charge of implementing new modules in the GlobAgri modelling tool (spatial distribution of land-use change and biodiversity impacts) and of simulating the foresight scenarios.

Through the construction of communs visions, the 2050 foresight study creates a discussion space  between researchers and skateholders.

This foresight study mobilizes a systemic approach linking the development of a chemical pesticide-free agriculture to changes in food systems, territories, biodiversity, public policies, in the context of a changing climate. This study aims to contribute to the research orientations of the priority research programme ‘Growing and protecting crops differently’, by showing how specific knowledge produced in PPR-funded research projects could be articulated to support transition pathways towards pesticide-free agriculture and to identify research gaps.

To learn more about the foresight study: click here 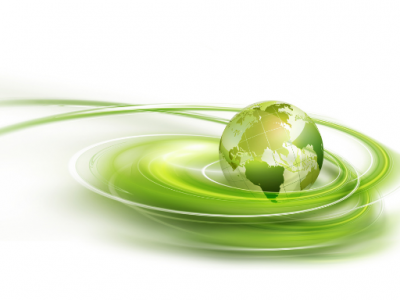